The 48 selected teams, usually from the five continents, receive a remote training in IHL. They then meet for one week in a place that changes every year, for the Competition itself. They compete in the context of simulations and role plays built around a fictitious armed conflict. Teams play the role of actors of armed conflicts (military, humanitarian, political officers, lawyers…) in a context larger and richer than the sole judiciary context. Teams benefit from the support of tutors in tests where they are assessed by the jury.

The 33rd edition (2020) of the Jean-Pictet Competition took place in Denpasar (Indonesia). Our fantastic GCILS team: Layal Alghoozi, Gabriel Aramburo Gomez and Sophie Dieber took part in the Anglophone edition in early March 2020 and they made it to the semi-finals. Congratulations!

They shared their thoughts and impressions from their Pictet-experience. Please see below their testimonials:

The Jean Pictet Competition is a great opportunity to put academic knowledge of International Humanitarian Law into practice as well as a perfect chance to get to know people from all over the world who are somehow interested or involved in IHL. Participants have to undertake a (rather intense) preparation process that includes a general comprehension of current global events, a thorough understanding of the law as it stands today, and the implementation of the latter to the former. Luckily, the University, the School of Law, the GCILS and former participants are always on point to support you during the whole journey of the Competition from beginning to end. I entice Glasgow University students who are interested to apply and participate: I promise you will learn useful and relevant concepts, you will meet interesting, smart and friendly people who might end up being your colleagues in the future and, most importantly, you will be surprised in many positive, unexpected ways! 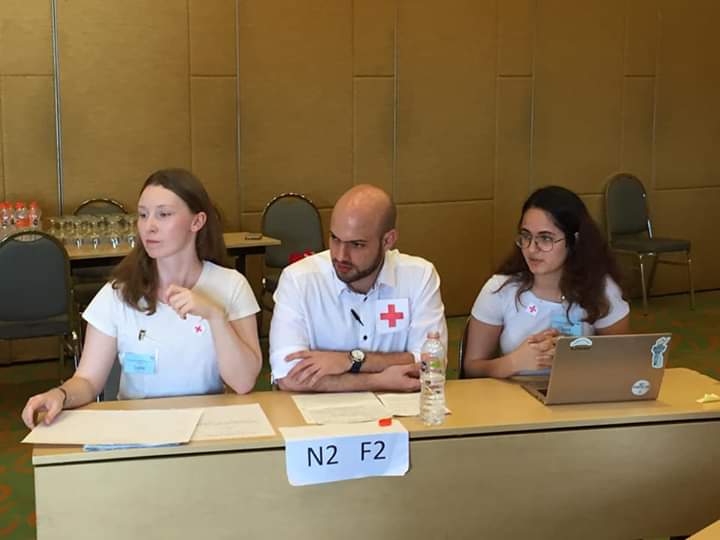 Participating at the Jean Pictet Competition was a wonderful opportunity to “take the law out of the books”, challenge oneself and grow as a team, while meeting people from across the globe. Since I have never participated in any Moot Court-like Law Competition before, this was a particularly exciting endeavour for me personally. Once our team got accepted, the weeks leading up to the Competition were well organised by the Competition Committee; weekly law related training material was sent to us, together with an outline of the fictitious armed conflict scenario that would later be the base case during the competition. Our team met every other day, discussing the law and solving related exercises provided, which equipped us very well with the legal basis needed.

The Competition itself, however, demanded a lot more than “just” knowing the law. Seven “tests” or “simulation exercises”, were spread from Monday to Thursday. Out of all the teams participating, our team was among the lucky ones that were selected for the semi-finals and out of these teams some made it further to the finals, which were both taking place on Friday. During the “tests” we got the chance to slip into the role of, inter alia, legal advisors for the Ministry of Foreign Affairs, delegates from the International Committee of the Red Cross, United Nations representatives or military commanders. Each test had an entirely different format, ranking from formal sessions with 10 teams competing against each other, over a journalist interview situation, to an actual field test where we had to negotiate with a “rebel group”, played by members of the jury. Meal times and evenings were meant for mingling and socialising with other competitors, as well as with all the helpers and creative minds behind the Competition, which is very much part of the “Pictet Spirit”. Altogether, this is what makes the Competition so special. It was a tough week, filled with new encounters, intensive learning and great competing but most importantly it was a unique and fun experience! 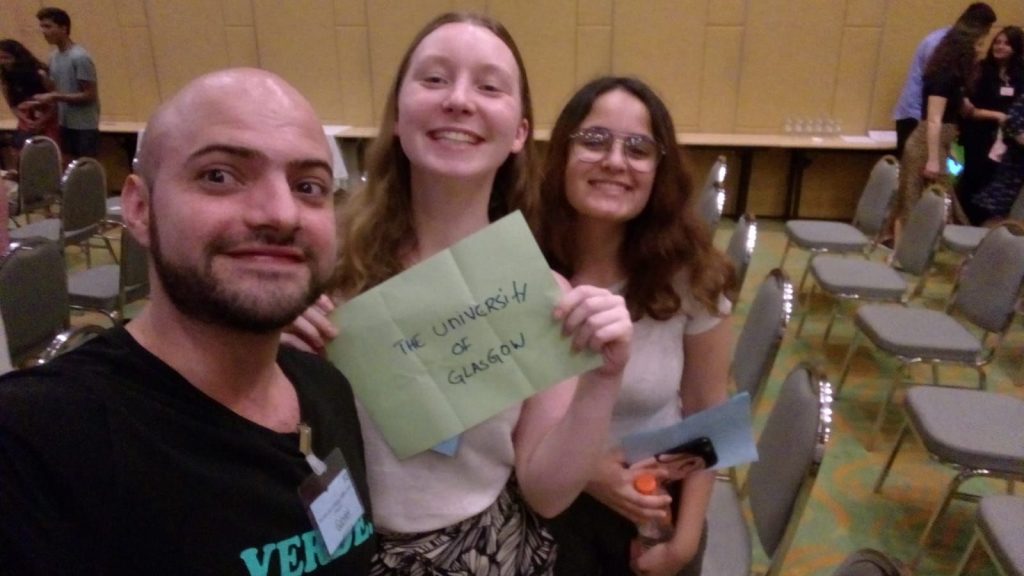 The Pictet competition is difficult to put into words because there is so much going on all at once. I will say though that there wasn’t one dull moment throughout the competition. It is a great opportunity to meet diverse groups of people, make friends, network, and build on your personal skills.

You should definitely do it. What you’ll gain from the competition is something you can’t learn in class-that is, the ability to grasp real-life situations and apply your studies into practice. This competition allows this by the diversity of roles it requires. I was put in a situation where as a legal advisor to the Ministry of Defence, I had to defend my government’s decision to attack another state while being challenged by reporters from The Sun. You can imagine the adrenaline rush and excitement! Ultimately, learning to defend a position you don’t personally agree with is key to challenging yourself and developing sound legal arguments.

The competition also teaches you to cope under high pressure situations and assess them in a broader perspective than initially envisioned. My team and I often left each round reflecting on the take-away points discovered during the tests. Perhaps instinctively, you would take a competitive approach against the rival team but later discover during the test that the task requires cooperating with the rival team in order to succeed in the overarching goal. This very much represents the ‘Pictet spirit’, that is, the ability to recognize the underlying purpose of the task and your mandate. There were many anecdotes of past conflicts and presidents which made the competition realistic, providing insight into real-life politics.

Another thing is, you don’t have to be a moot expert because the competition tackles far more than your ability to present a legal case in a formal way. It tests your ability to act quick on your feet, your capacity to assume and play into your given role and character, and your ability to cooperate as a team and with other teams as well. Of course, knowledge of the law will get you far in the competition, but the ability to know when or when not to cite the law is equally as important. For example, you wouldn’t speak to a rebel group about their legal obligations under the Geneva Conventions by citing caselaw and provisions, you would have to adapt what you know in a way that appeals and makes sense to them. This competition allows the space for widening your perspective on how the law works really on the ground and its feasibility in practice.