This week, starting Monday 2 August 2021,  GCILS Director, Professor Christian Tams runs a Symposium on State responsibility on EJIL Talk, which marks the 20th anniversary of the ILC Articles, one of the foremost international law documents, agreed on 9 Aug 2001.

The Symposium will include 13 contributions during the week of 2-9 August, and the opening post (co-authored by Professor Tams with Dr Federica Paddeu from Queens’ College, Cambridge) is now available to read at the EJILTalk website: The ILC Articles at 20: Introduction to the Symposium . 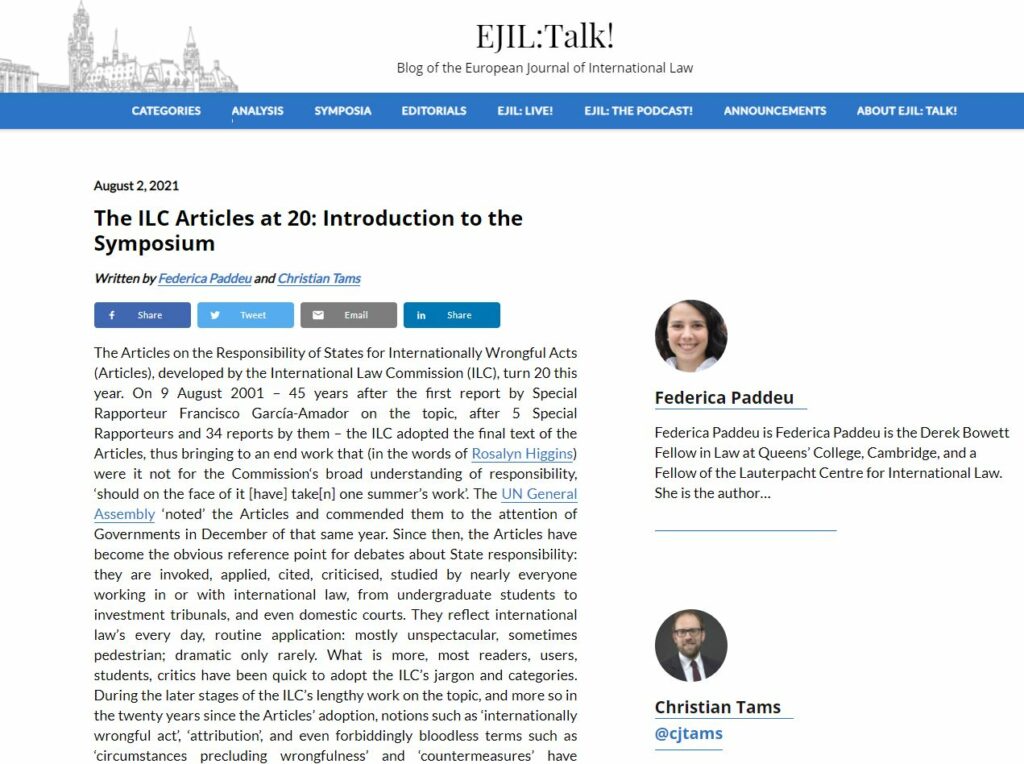 “The symposium celebrates the ILC’s exercise in ‘encoding’ the law of responsibility. It is prompted by an anniversary, and celebrates it with an eye to the future. It interrogates the fate of the Articles since 2001, and assesses their usefulness to contemporary and future work on State responsibility.

As the Articles cover a lot of this ground, so does this symposium: it comprises 11 contributions by a variety of authors, both well established and early-career, from academia and from practice (and sometimes both), book-ended by two posts by the organisers.

For all 13 contributions to the symposium visit EJILTalk Website.