‘Whatever Happened to Colonial War?’ and other Thoughts on Race and the Laws of War 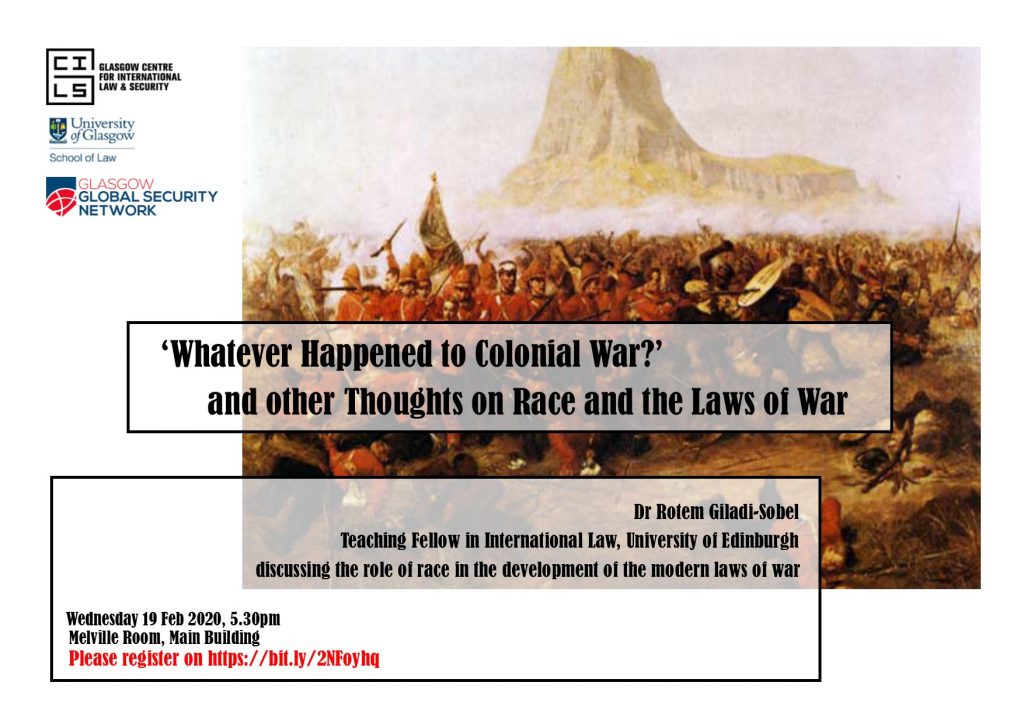 We are delighted to invite you to a talk by Dr Rotem Giladi-Sobel, Teaching Fellow in International Law, University of Edinburgh, on the role of race in the modern laws of war.

The article explores the demise of the ‘colonial war’ category through the employment of French colonial troops, under the 1918 armistice, to occupy the German Rhineland.

It traces the prevalence of – and the anxieties underpinning – antebellum doctrine on using ‘Barbarous Forces’ in ‘European’ war. It then records the silence of postbellum scholars on the ‘horror on the Rhine’ – orchestrated allegations of rape framed in racialized terms of humanity and the requirements of the law of civilized warfare. Among possible explanations for this silence, the article follows recent literature that considers this scandal as the embodiment of crises in masculinity, white domination, and European civilization.

Dr  Giladi-Sobel, will use the above article, to develop additional questions on the role of race in the development of the modern laws of war.

Join us on Wednesday 19 February, 5.30pm in the Melville Room!