The killing, on 3 January, of General Qasem Soleimani has further intensified tensions in US-Iranian relations. It has also prompted a global debate about the permissibility of targeted assassinations of government officials, armed reprisals, and anticipatory self-defence, and the legality of such actions under the laws of war and the law on the use of force.

As the first session of our new “Current Issues Briefings” series, on 20 January we held a round-table discussion of these and other related questions, raised in the plane of international law by US and Iranian reactions. Great discussion, interesting contributions from the audience and the fact we ran out of seats in the room, made it an impressive Monday evening event. Watch this space for the next “Current Issues Briefings”! 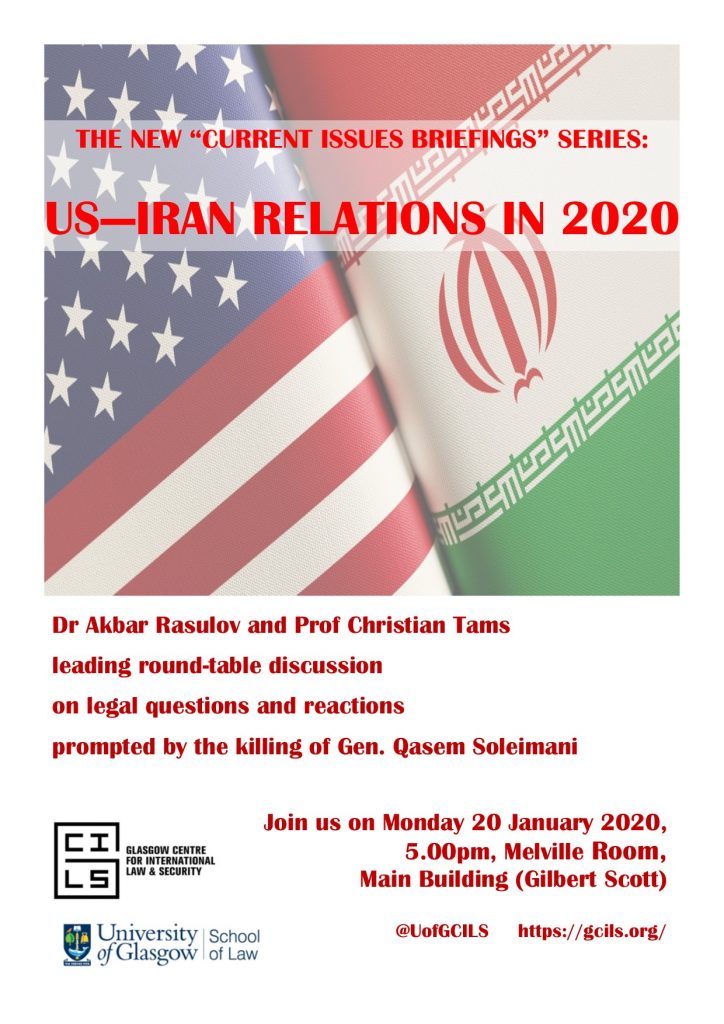 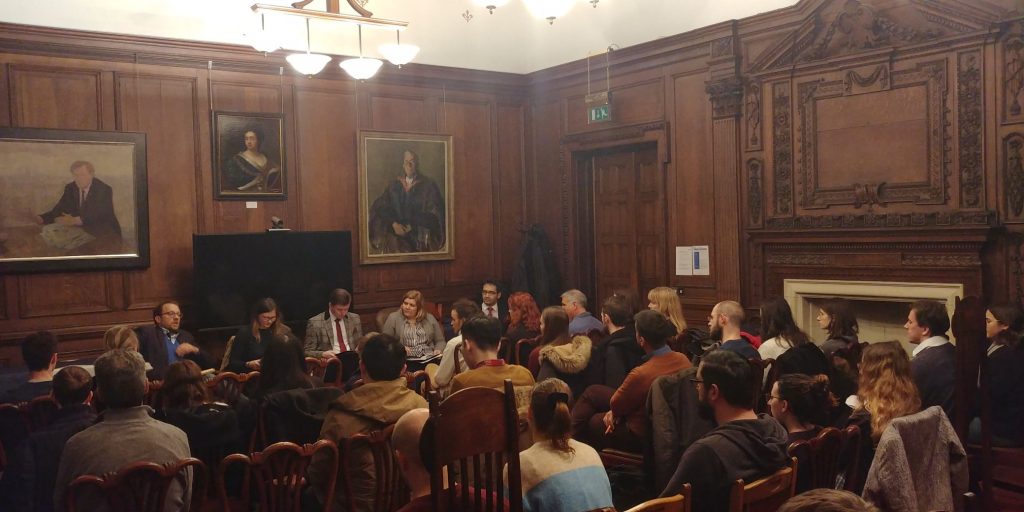